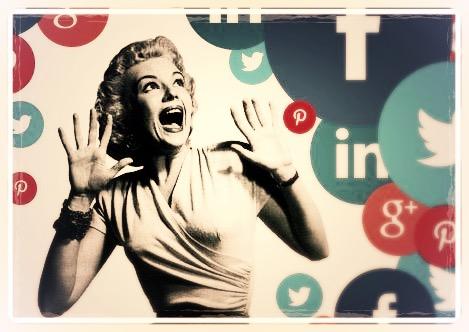 Many new updates were announced in the world of social media in July! Here’s a summary just for you to help make marketing for your business easier and more efficient!

Changes to News Feed Ranking: Facebook announced another change to the algorithm that determines what people see in the news feed. Remember: the news feed algorithm regulates whether your fans see the content you post on your business page.

The first change deals with posts about “trending topics”. For example, if you & your friends are posting about the Dallas Cowboys game on TV, you’re more likely to see those posts in your news feed as a trending topic. One way to get your content higher-up in News Feed is to show people stories about things that are trending as soon as they occur. This means that when a friend or Page you are connected to posts about something that is currently a hot topic of conversation on Facebook, that post is more likely to appear higher up in News Feed, so you can see it sooner.

The second Facebook algorithm change considers when people Like or comment on a post.  Facebook currently looks at is the total number of likes that a post has received when determining how high up to show it in News Feed. With this new update, Facebook is going to begin looking at when people are choosing to like, comment and share:  If people are engaging with the post right after it is posted, and not as much a few hours later, this suggests that the post was most interesting at the time it was posted, but potentially less interesting at a later date. Based on this signal it is more likely to appear higher in News Feed earlier on and lower at a later date.

Most Facebook pages probably won’t see much change in reach as a result of these algorithm updates. If your audience regularly shares your content with their friends – who in turn like and comment on it – you will notice less of an impact. However, if your traffic is mostly from Page posts, you will probably see a decline. The best way to handle this, is by posting content your audience is likely to share immediately.

Don’t start posting updates on your pages that have nothing to do with your business. According to Facebook, you should stick to posting strong, compelling content that’s relevant to your audience — not try to game the news feed algorithm.

Here’s an example of the type of post on which people will interact: 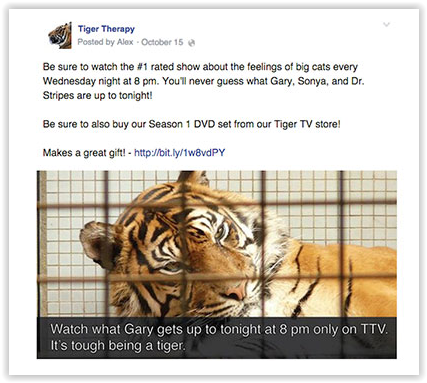 Posting intriguing, funny, interesting posts that will get people to interact and share will get your posts high on the Newsfeed of your fans.

New Store Locator:  Facebook announced a new store locator function to help increase and measure in-store visits and sales. Local Awareness ads will now contain a map for users to click on and see the store’s address, hours, contact information and the estimated travel time to the store’s location. This is great for any business that uses local awareness ads to drive walk-in business as it will help measure the conversion from social or mobile ad campaigns. You can also manage multiple locations in this way. Check out this demo of the new store locator feature for local awareness ads.

Facebook Live Now With Audience Targeting:  In July, Facebook rolled out a new function that would help brands that use live videos target their audiences by age, gender, language or location. This is great for users who want to make their streaming more relevant and accurate, however, it is currently limited only to users posting Live videos using the platform’s API. With this, Facebook also now offers continuous live video, updates to the ad placement function, new logic to the daily ad budget and enhanced page insights. Fantastic news for brands who use ads to communicate with their audience!

Facebook Messenger Account Switching on iOS:  Finally! iOS users – social media managers, business owners and public personas – can now switch between different accounts on a single device. The option has been available on Android since February, and the best thing about it, is that you don’t have to constantly sign in and out to access different accounts, which makes for a more seamless experience. 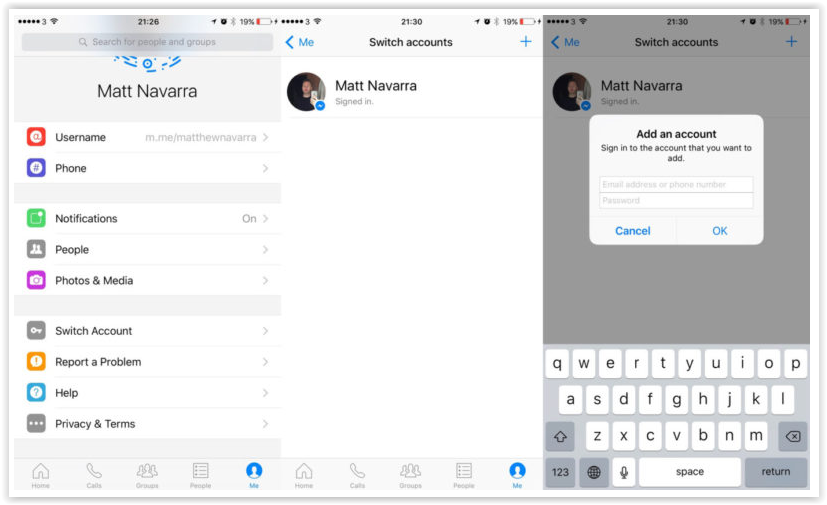 New Emojis in Messenger:  Facebook recently introduced 1,500 new emojis to messenger. These emojis will be standardized across iOS, Android and other platforms, and are available to all users around the world. The new emojis have diverse gender options and skin tones to ensure that you’re always infusing your messages with the right emotions.

New Twitter Dashboard:  This powerful new tool is designed to help brands connect with their audiences. Now you can access everything that people are saying about your business in one central location – the same place where you schedule Tweets, and access insights. At the moment, the Beta version is only available in the U.S. as an iOS app but will be rolling out across all platforms around the world later in the year. 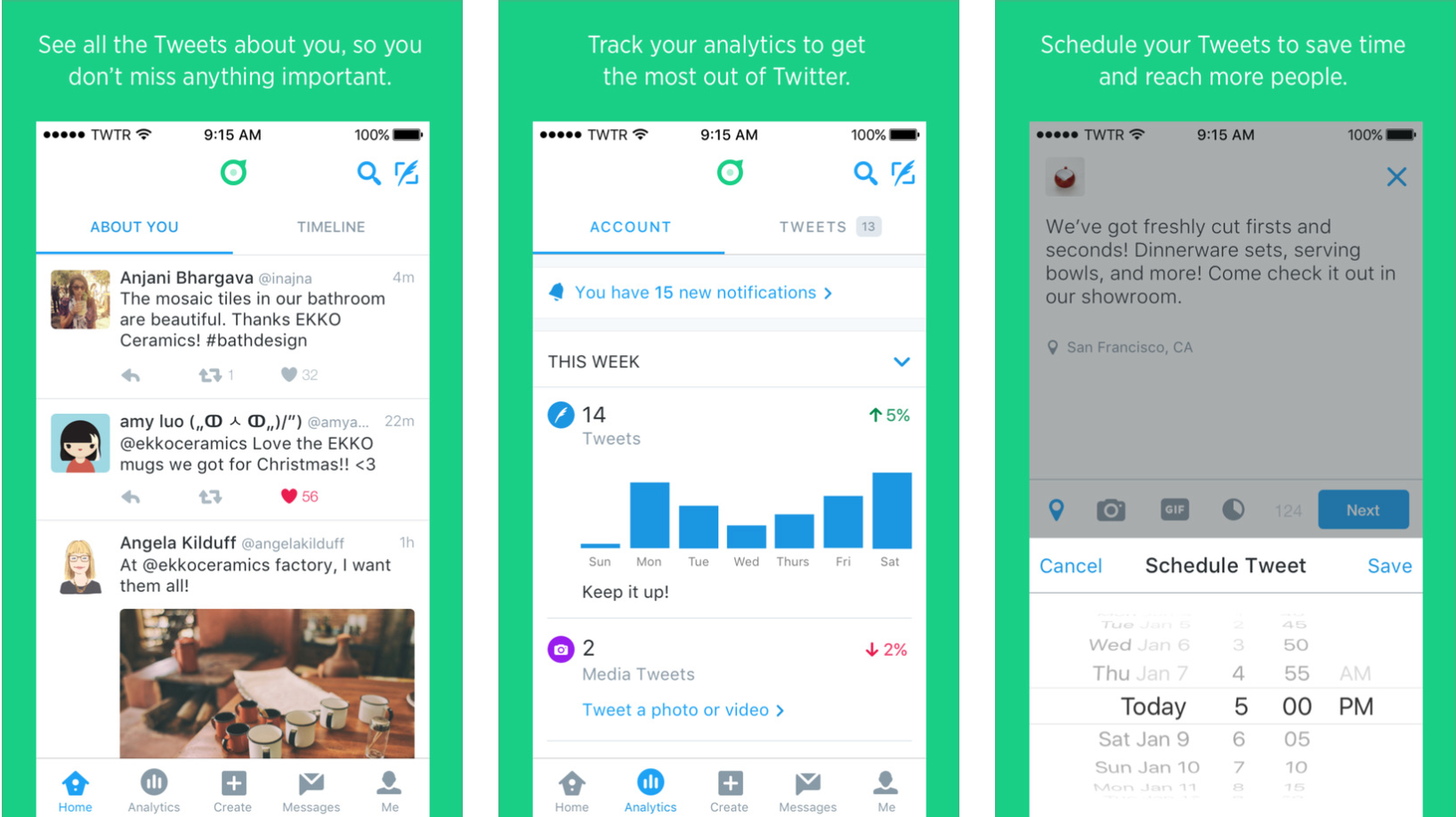 Twitter Dashboard is a free app that makes it easy to manage your business on Twitter. It’s the perfect tool to help you schedule Tweets, get right to the Tweets that matter, and engage more with your customers and community.

Periscope Live Button on Mobile Twitter Apps:  If you’re ready to go live with Periscope,  Twitter has you covered. Android and iOS apps now have a new button that allows you to easily broadcast on Periscope. What better way to broadcast live to your audience? 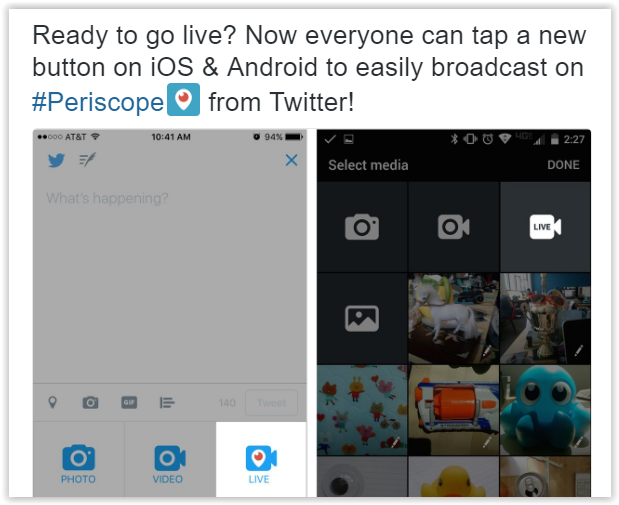 Find Out Busy Times of Local Businesses: This is INCREDIBLE if you are an owner of a brick and mortar store, you can TARGET local traffic at PEAK TIMES! For example, search for a large store in your area, see busiest times of traffic throughout the day, and then target them with a LOCAL Facebook ad at these high traffic times. Facebook has local ads designed specifically for businesses looking to target users in their area: Reach People Near Your Business with a handy little map function.

Yes, this Google Search feature can also help you avoid long lines at stores, restaurants, or the gym! ?

This great new feature is so valuable if you are the owner of a brick and mortar store, you can TARGET local traffic at PEAK TIMES!

New Features on Periscope:  Three new Periscope features will allow Live Autoplay, Embedding and Replay Highlights, making it easier than ever to find and watch broadcasts that interest you. Highlights automatically generates a short trailer, while embedding the tweet embeds the Periscope. Autoplay for live broadcasts has already rolled out on Android and is “coming soon” to iOS.

Canva for iPhone App: Canva used to be available on the web and iPad app only, but now you can create amazing designs right from your phone. How handy! And great news for Android users – an app is already in the works for you too. 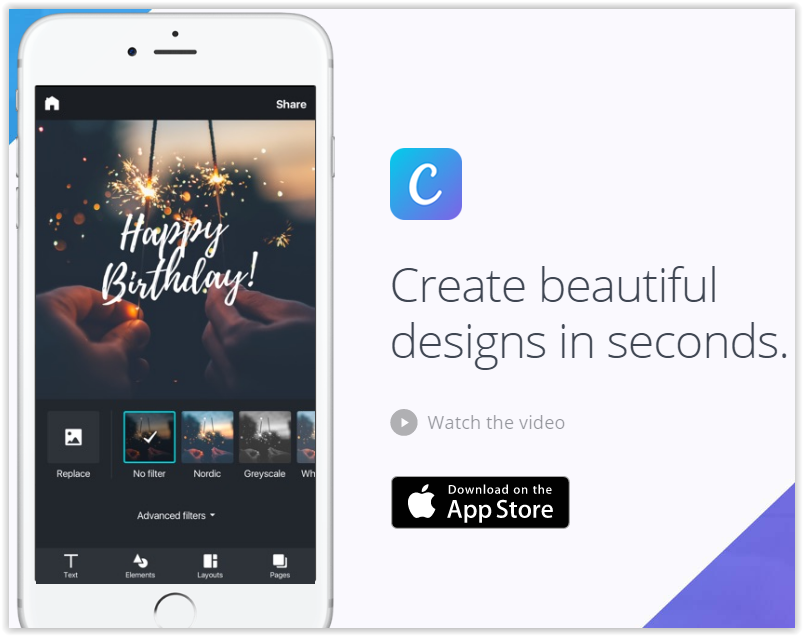 New Reddit Ad Offering: Reddit recently introduced a new ad offering that allows marketers to sponser user-generated posts on the platform. Known as Promoted User Posts, it allows advertisers to identify organic posts users deem relevant to their products or brands and authors will have the option to give their express opt-in approval before the post is used in the branded initiative.

August Tip: Use Hashtags for Days of the Week to Skyrocket Your Visibility on Twitter, Instagram and GooglePlus

Days of the week hashtags are perfect for Twitter, Instagram, and GooglePlus. They get your posts in front of new followers and can wildly increase your reach on these 3 platforms that love hashtags!

READ MORE HERE on how to use them for business.

Sign up HERE to get my blogs directly to your inbox! I keep them practical and useful to help you get results for your business.

Subscribe to the Best Blog In Town (or so we've been told!)

Get the latest social media and digital marketing trends, tips and practices. We like to keep it useful and practical to keep you ahead of the curve.

You have Successfully Subscribed!